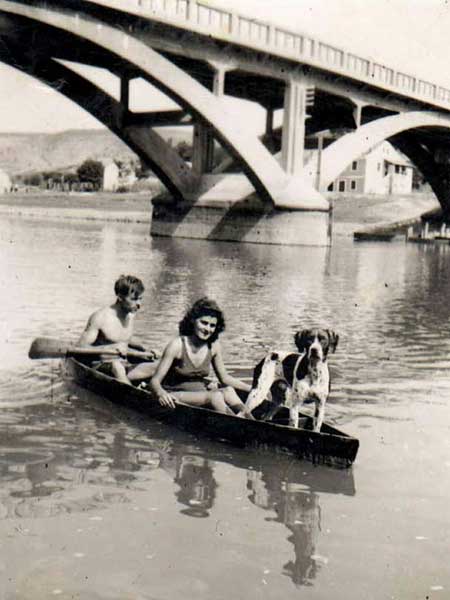 Archaeological findings testify that the region of Cetina has been populated since the prehistoric periods. Numerous findings since the end of the copper age up until the mid-bronze age are attributed to the so-called Cetina culture. With a favourable geographical location, caves, elevations and fertile fields have favoured its agricultural development, as well as allowing for cattle breeding on the mountain slopes. Native people appear in this region during the bronze age. Members of the Illyric tribe, known as Delmatas, continue their development until the arrival of the Romans. Delmatas long opposed the Roman government. At the peak of this final battle against Delmatas, Romans built their military camp called Tilurium at Gardun. From there they monitored the bridge crossing over Cetina, where the settlement called Pons Tiluri, the origin of today's Trilj, was developed.

After the fall of the Roman Empire, barbaric assaults became more frequent. At the beginning of the 7th century, Croats arrived from White Croatia (region around Visla in Poland), and they populated the region of Dalmatia. First states were formed, the Croatian principalities, and later, the Kingdom was formed as well.

With the strengthening of princes, the Cetina principality was formed, and it belonged to Šubić princes, and from the year 1345 on it belonged to the Nelipić princes, who are to be thanked for the construction of the Čačvina fort that even today watches over the village by the same name next to Trilj. And it had a strategic role, thanks to its position on the road which was used for travelling from Bosnia to Split and Klis.

Trilj was mentioned for the first time in a grant from the Croatian-Hungarian King Andrija II Arpadović which was given to the Split prince Domald in 1210.

In later clashes with the Turks, Žarko Dražojević stands out (1438-1508); and the prince of Poljica, master of the Nutjak fort beneath Trilj, which has, alongside Čačvina, is prominent as well for guarding Cetina. When the historical victory against the Turks took place in 1715., Trilj was also liberated from the Turks. The unraveling Turkish army, weakened with hunger and the appearance of dysentery, left Cetinska Krajina.

Trilj remained under the government of the Venetian providur until 1797, when it fell under the Austrian government (until 1918), and in the meantime, it was, for a short time, under the French government.

After the Kingdom of Serbs, Croats and Slovenes, and later the Kingdom of Yugoslavia, becoming later the Independent State of Croatia, and under Italian occupation and communist Yugoslavia, Trilj finally belonged to the independent and the sovereign Republic of Croatia. And after the previous numerous territorial restructurings, Trilj in the Republic of Croatia, finally received the well-earned status of a city in 1998.

View the embedded image gallery online at:
https://www.visittrilj.com/en/trilj/history#sigProGalleria0cc28dfcc5
Tweet
back to top