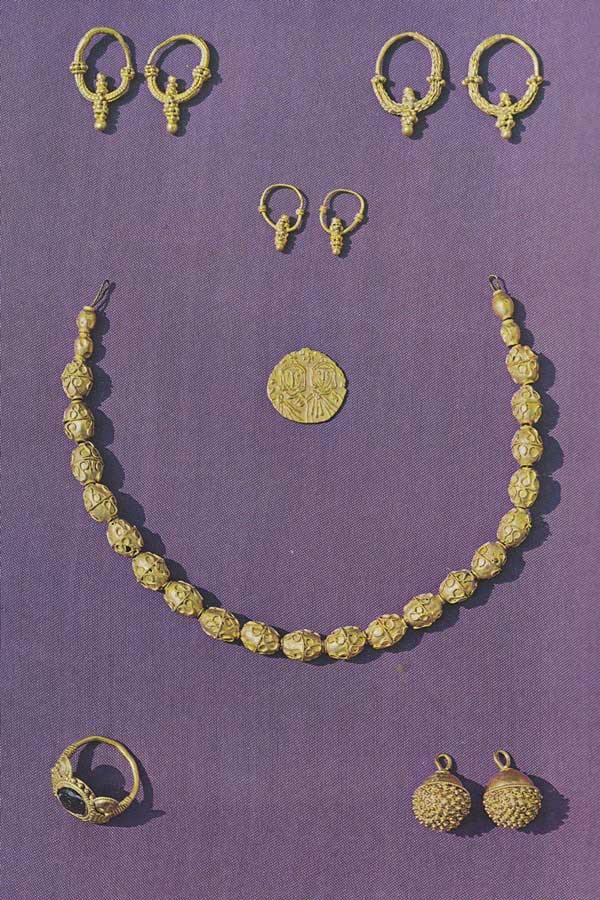 That the GROTULJA is traditional jewellery that was accepted in 8th century?

The finding of jewellery at the burial grounds consists of a necklace, three pairs of earrings with grape pendants of various sizes, a pair of spherical buttons and a ring with a crown adorned with glass paste. The gold coins of Byzantine Emperor Constantine V Copronymus (741-755) were found in the same grave. The necklace consists of 20 strawberries and four smaller beads. The jewellery is of Byzantine origin, and is decorated with geometric motifs made ​​in filigree and granulation. The jewellery probably belonged to the wife of a Croatian dignitary. 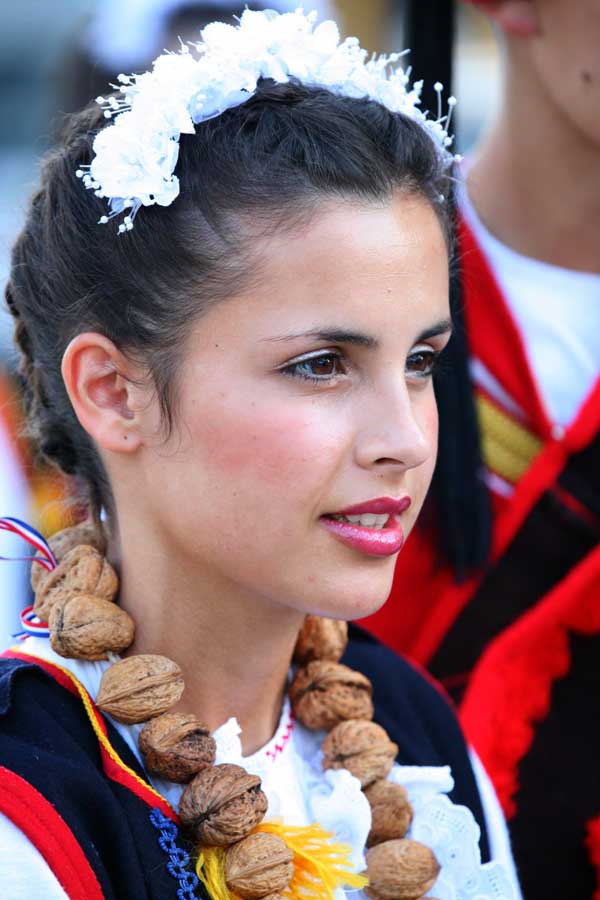 Grotulja is a sort of necklace made out of walnuts lined on string which represents the most beautiful gift possible. Traditionally it was given by a young man to a girl on a feast of Saint Michael as a symbol of affection or even as symbol of marriage proposal. Despite its original symbolism, "grotulja" today is gladly bought by all generations. 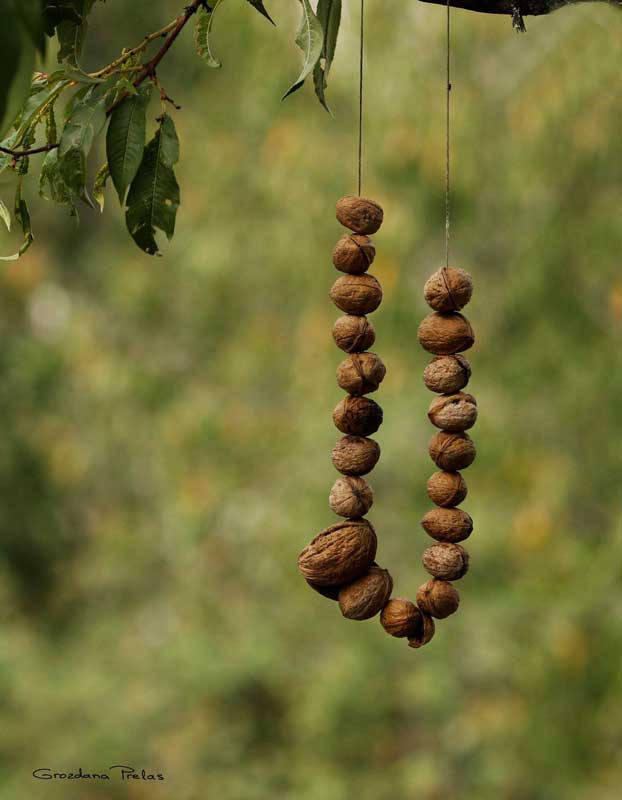 Word of mouth led to the conclusion that the GROTULJA was modeled on a Trilj’s gold necklace. Because this area was poor, the young men couldn’t afford to buy a gold necklace so at the feast of Saint Michael in Trilj they would engage loved one by giving her grotulja, which by their looks very reminiscent of the golden Trilj necklace.